It was after nightfall on September 4th, the year was 1763. The winds had died and the narrow channel of the Detroit River flowed smoothly south past Turkey Island. In the current loomed a dark figure, the British gunboat Huron, which had been forced to drop anchor and wait out the night seven miles below Fort Detroit. Its hold was laden with 160 barrels of salted pork and nearly 50 barrels of coarse flour—much needed supplies for the garrison upriver. While the craft 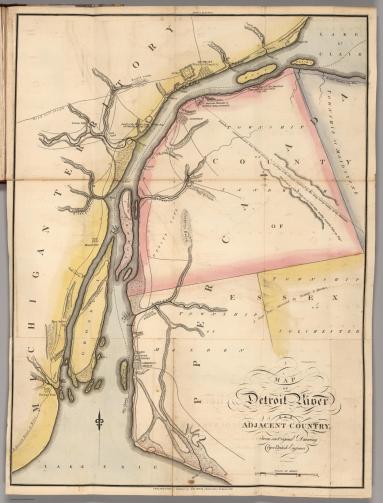 lay moored in the darkness, 350 Ottawa and Chippewa warriors followed their charismatic leader into 25 bark canoes and silently paddled towards the unsuspecting crew of eleven Britons. It was the midst of Pontiac’s uprising, and the Ottawa war chief was closing in on his prey, the last lifeline to the besieged British garrison at Fort Detroit. After all his strategizing for eliminating the British outposts of the Great Lakes, this one small gunboat remained the last link sustaining British possession of Detroit, and thus, the region.

The war had been raging across the Great Lakes since late spring, and by September, all the auxiliary British posts in the western Great Lakes had either fallen or been abandoned to the Indian uprising. Across the region, bands of Ottawa, Ojibwe, Huron, Seneca, Shawnee, Delaware and others had taken up the cause in what would come to be known as Pontiac’s War. The war chief himself saw to the siege at Fort Detroit, the region’s largest and most tenacious outpost, but efforts by his collaborators had taken the strategically located Fort Michilimackinac in June and were threatening the powerful fortresses of Pitt and Niagara by late summer. Detroit held out as the last post in the western Great Lakes, and by September it had become clear to Pontiac that unless the British naval presence on Lake Erie could be blunted, the Fort would hold out indefinitely.

Were it not for two gunboats, the Michigan and the Huron, which had been built on Lake Erie in the summer of 1761 and armed with four-pounder cannons and swivel guns, Pontiac’s goal to completely cut off Detroit might already have been achieved by the summer of 1763. In a joint war council on June 1st, he had stressed to his Ottawa, Ojibwe, Wyandot, and Potawatomi followers how imperative it was to patrol the shores of Lake Erie to prevent reinforcing convoys from reaching Detroit. He declared that “no more assistance could reach the English” and dispatched parties along both shores to curtail what he expected to be the main sources of aid to the forts: convoys of small craft working their way along the shores of the big lake. Throughout the coming months parties of warriors effectively and violently blocked any flotillas of canoes or bateaux attempting to cross the expanse of the lake. 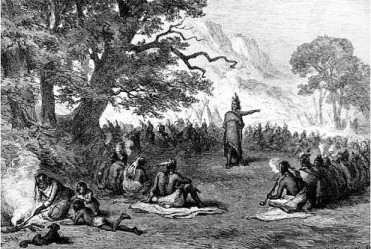 Early in the campaign, 200 Anishinabe warriors ambushed a party of 96 Queens Rangers under the command of Lieutenant Cornelius Cuyler as they encamped on Point Pelee for the night. The troops had been en route to Fort Detroit with supplies in ten heavy bateaux, were caught unawares by the attacking Indians, and in the ensuing chaos lost 61 men before two of the boats could escape beyond rifle range. Another convoy of five boats, led by two tradesmen brothers, Rackman and Chapman Abraham, was similarly waylaid on the southern shore of the lake where they lost their entire shipment of gunpowder and liquor to a party of Wyandot Indians.  Convoys of canoes and bateaux could not overcome the Indian controlled shores because these small craft required nightly landfalls and shore encampments. Successful predations on trade and military flotillas continued into the summer for Pontiac and his forces, but the Indian leaders realized that unless they could cut off or capture the two well-armed gunboats, which could lie offshore and out of reach, the siege on Fort Detroit would prove fruitless.

All through the summer, the Michigan and Huron plied the waters between Fort Detroit and the Niagara portage. One defender of Detroit noted the key role of these two vessels in running monthly deliveries of supplies and reinforcements to the fort from the Niagara country, much to the chagrin of the Indian besiegers. A spirited onslaught was made on the Huron as it sailed up the Detroit River on June 30th, but the swivel guns, armed with grapeshot, proved deadly against the Indian attackers and their birch bark canoes. Similar attempts to burn and sink the Michigan with fire rafts floated downstream also failed in July, and by August, Pontiac and his men were baffled as to how to cope with the undaunted ships.

A stroke of good fortune helped the Indian cause on August 26th when a storm pounded Lake Erie’s eastern basin and caught the Michigan out in the open, en route to Fort Detroit. The boat was tossed ashore by the waves, where it ran aground and broke upon the rocks near Catfish Creek, just south of present day Buffalo, New York. The Huron, having been at anchor, survived the tempest and set sail again for Detroit two days later. With one ship now wrecked, Pontiac’s forces had only to contend with the Huron, under the command of Captain Walter Horsey. Their last great chance at intercepting the vessel would come as it ascended the narrows of the Detroit River south of the fort.

As the stealthy canoes approached the Huron in the darkness, a gunner aboard the ship caught the sound of paddle strokes on the water and fired off a warning shot with the cannon. The shot passed above the heads of the approaching warriors who then began firing their weapons and screaming their war cries as they closed in on the outnumbered crew. Muskets rattled and grapeshot flew in a desperate few minutes. A group of Indians, landing near the bow, poured over the gunwales and swarmed the forward deck. The fighting was hand-to-hand and accounts describe the scene as being akin to “a slaughterhouse” with blood. The mariners used pikes, cutlasses, and hatchets to beat back the Indian attackers while musket balls from the canoes rent the air. A fatal ball took Captain Horsey in the temple, and another crewmember dropped to the deck shortly after. Four of the defenders were put out of action by serious tomahawk wounds, reducing British numbers to a desperate five men.

Ebenezer Jacobs, taking command of the ship and realizing that all might soon be lost, ordered the powder stores be set on fire to prevent them from falling into enemy hands. One of the assailants, understanding that the ship would go up in such an explosion, let out a warning to his comrades that caused some of the Indians to fall back to their canoes. At the same time, a mooring cable was cut, causing the ship to drift to a fortuitous angle in the river, with the cannons now broadside of the Indians’ canoes.  Realizing their vulnerable position, the Indians began to fall back toward shore. As they withdrew, swivel guns and cannons trained in on the Indian retreat with a deadly fire of grapeshot, causing many injuries and sinking several of the canoes.  On the deck of the ship lay two dead and four badly injured crewmen. Later in the night, the remaining five uninjured Britons were able to make use of a renewed breeze to spirit the ship upriver to the safety of the fort, thus stymieing Pontiac’s last great effort to thwart British naval superiority on the lakes.

Despite a valiant foray against the Huron, which the commander of Fort Detroit called “the bravest [attack] ever known to be made by Indians,” Pontiac had failed to prevent the gunboat from reaching the fort and refitting. By September 8th, it was sailing once more, returning to Niagara in search of still more aid for the beleaguered outpost. 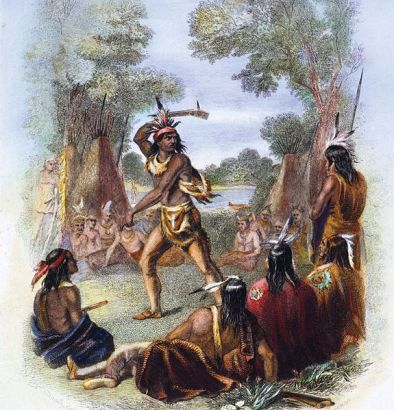 Being unable to force a capitulation of Detroit by the harvest, Pontiac was forced to partially lift the siege of Detroit through the winter. By the following spring, the British realized that naval power, rather than landed outposts, was the key to their control of the lakes, and built three more gunboats to maintain the link between Niagara and the western Great Lakes.

Pontiac and his allies also realized that their failure to capture the Huron in September of 1763 signalled the eventual defeat for the besieging forces at Detroit. Ultimately, with failure at Detroit, the wider cause against British occupation of the lakes would be lost. Though Pontiac and his forces could control the expansive forests of the Ohio country and lands surrounding the Great Lakes with their parties of warriors, the open waters of the lakes and the naval technology of the British were too much to overcome. The floating firepower that the Huron commanded, coupled with its mobility and the vastness of Lake Erie, made it much more effective at exerting control over the region than the landed fortresses of the British or the raiding parties of the Indians.  Slowly, Pontiac’s followers began to drift away from the siege works around the fort, and farther afield, native leaders began to sign peace treaties in the face of advancing British hegemony. 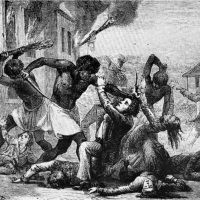 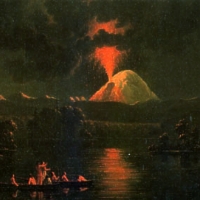