In mid-October 1880, an early blizzard caught the Dakota Territory by surprise. Unbeknownst to the region’s thousands of new settlers, including a 14-year-old girl named Laura, this was the beginning of one of the most punishing winters in American history. Six months of incessant snowfall crippled fledgling pioneer communities like De Smet, home to Laura and her family. Two of her young neighbors, Almanzo Wilder and Cap Garland, became town heroes when they retrieved a cache of wheat for De Smet’s starving residents during a rare break in the storms.

Almanzo and Cap’s journey is the climax of The Long Winter, the sixth book in the classic autobiographical Little House series by Laura Ingalls Wilder. Laura, of course, would go on to marry Almanzo several years after the events of the novel. Recent meteorological studies have confirmed many details in the text, such as the dates of certain blizzards and one particularly clear day in February that could have served as the window for the wheat rescue. Laura, however, was also known to fictionalize elements of her stories, which are narrated in third person. The Long Winter claims that Wilder was aged nineteen, contrary to his historical age of twenty-four, perhaps because Laura was sensitive of the couple’s age difference. 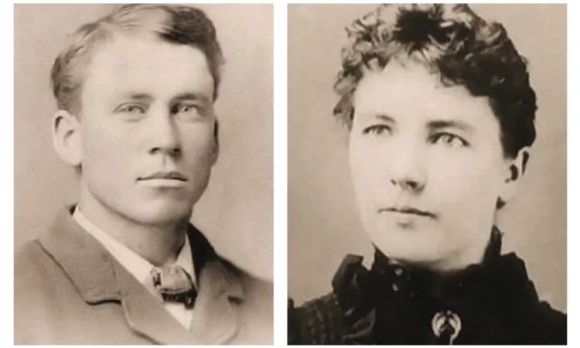 Almanzo Wilder continues to be a popular figure among Little House fans. Photographs and personal letters indicate that the “real” Almanzo was much like how his wife’s books describe him: good-looking, hardworking, and gentlemanly. Yet none of these characteristics are nearly as striking as his unusual name. During the first appearance of Almanzo’s character on the 1974-1983 television drama Little House on the Prairie, a running joke is the misconstruing of “Almanzo” as “Zaldamo.” Would the historical Almanzo’s nineteenth-century peers have reacted to his name with the same puzzlement?

In Little Town on the Prairie, published in 1941 (one year after The Long Winter), Almanzo tells Laura about the origin of his name during the early stages of their courtship:

It was wished on me. My folks have got a notion there always has to be an Almanzo in the family, because ‘way back in the time of the Crusades there was a Wilder went to them, and an Arab or somebody saved his life. El Manzoor, the name was. They changed it after a while in England…

Taken at face value, this text offers up some juicy historical bait. A raw Arabic influence on a rural nineteenth-century American baby name? What could this reveal about contemporary attitudes towards the Islamic world? Did other pioneer families pay homage to the past in this way? There are innumerable breadcrumbs to follow.

Or, is all of it just a giant red herring? Many people interested in Little House lore either accept the story as fact or rationalize it as a family myth that Almanzo and his parents might not have actually believed themselves. Perhaps Almanzo even invented the story to impress his new girlfriend. No theories presented thus far have taken a step further to suggest that the story was not just a myth – the real Almanzo never told it in the first place. 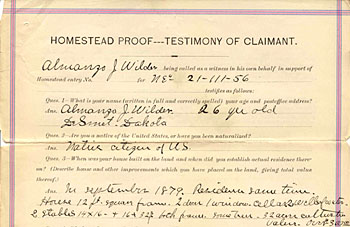 Like the weather patterns in The Long Winter, Almanzo’s claim that there were regularly Almanzos in the family is somewhat easy to investigate. Online genealogical communities that have discussed the Wilder family in some depth have not yet discovered an ancestor on Almanzo’s family tree that shares the name. One British-based site (WilderCousins.com) can demonstrate that Wilder’s ancestors emigrated from Shiplake, England in the seventeenth century, but they were not always English:  “We believe that the earliest known Wilder was Nicholas Wilder, or Wylder, a German soldier in the army of the Earl of Richmond… who landed at Milford Haven, Pembrokeshire, and defeated Richard III at the Battle of Bosworth in 1485.” The Crusade link becomes more and more unlikely.

Until another “Almanzo Wilder” is found, Little Town’s story is cast in doubt.  What can be proven is that the name didn’t appear out of thin air. “Almanzo” is similar to “Alonso,” which reached the top 200 most popular American names within 20 years of Wilder’s 1857 birth date. It also resembles “Almanza,” a male name that first appears (albeit rarely) in northeastern US Census records from 1795 and 1800. Finally, at least one other person of note (Charles Almanzo Babcock, a celebrated school superintendent born in 1849) also carried the name. It is not implausible that the Wilder parents heard “Almanzo” or one of its variations floating around in upstate New York (where Almanzo was born) and took a liking to it.

The Wilders had one surviving child, Rose Wilder Lane, who became famous in her own right as a writer and early theorist of the American libertarian movement. Recent studies on the Little House series are becoming more conscious of the influence Lane had on her mother’s writing. Some even claim that Lane ghostwrote the books herself. Christine Woodside’s book Libertarians on the Prairie recasts the series as an “anti-New Deal fable,” arguing that its tales of frontier heroism and self-sufficiency are reflective of original libertarian philosophies. 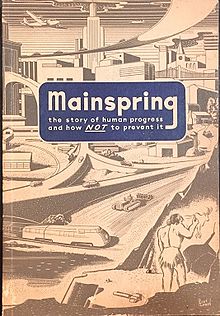 Little Town’s passage on Almanzo’s name could be a direct sign of Lane’s influence. In 1947, a businessman named Henry Grady Weaver published a libertarian history book called The Mainspring of Human Progress, which borrowed heavily from Lane’s previous writings. In a section that proposes that the concept of chivalry was born out of the Crusades, an explanatory footnote cites Almanzo’s name story as ideal evidence for his argument. Weaver, who boasted of close friendship with Lane, also writes, “I suspect that [Lane’s] deep interest in the Saracens stems from the family tradition.” His claim holds merit: Lane was known to have studied the Middle East and toured there during her lifetime.

Even if Lane did not ghostwrite the novels, Laura herself might have actively chosen to mention the Crusades. Interest in the Crusades as a positive force flourished during the era the books were written.  Unlike today, when historians have regarded the motives behind medieval religious wars with a more critical eye, people in the early twentieth century interpreted the word “crusade” as “a selfless struggle for higher ideals against an evil, apparently more powerful opponent.” Perhaps either Wilder or Lane, writing during such a volatile time in history, inserted the story to promote their world views.

Shortly after Almanzo’s death at the age of 92 in 1949, Laura wrote to a friend lamenting that “There is no one in the family to carry on the name of Almanzo. I am very sorry and I wish some Wilder family would so name a son.”  Most tellingly, the letter does not hint that the lack of an heir has broken a sacred family tradition, only that a beloved husband is worthy of legacy. Still, it is interesting to speculate on why Almanzo would have let Laura (or Rose) put a fictitious passage about him in the books. Whatever the reason for its inclusion, the “El Manzoor” story, and perhaps the Little House series as a whole, reflects 1940s values more strongly than authentic pioneer values. 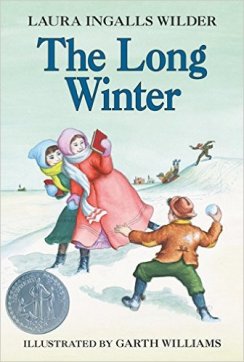 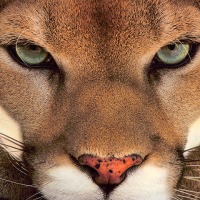 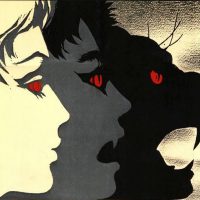