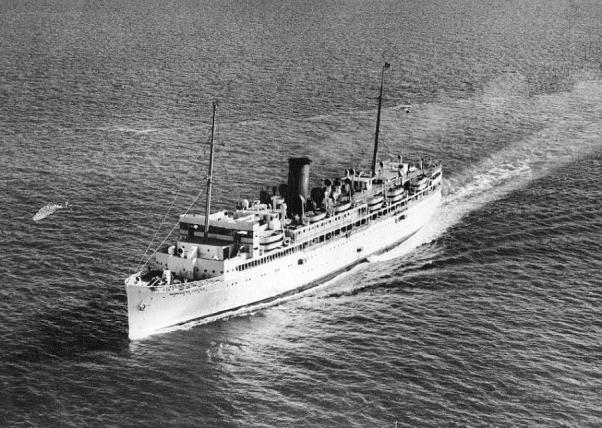 Many people are familiar with the haunting tune and poignant lyrics of Gordon Lightfoot’s Wreck of the Edmund Fitzgerald folk rock ballad. The song tells the story of the ill-fated freighter SS Edmund Fitzgerald that went down in a November gale in 1975 on Lake Superior, and is probably one of the Canadian folk singer’s most recognized recordings. The song came out in 1976, a year after the maritime tragedy, and rose to #2 on the Billboard charts.

This was not, however, Lightfoot’s first song about a shipwreck. Being an avid sailor and maritime enthusiast, he wrote and recorded another song about tragedy at sea in 1969, called the Ballad of Yarmouth Castle. This song, also based on real events, told the story of the cruising vessel SS Yarmouth Castle that went down in a conflagration in 1965. Her story, though just as tragic and with a higher loss of life, was not received with even a marginal amount of the zeal that the later Wreck of the Edmund Fitzgerald would enjoy on the pop charts. Lacking the romanticism of an unexpected squall and marred by the taint of human error, the story of the Yarmouth Castle, like the song named after it, have faded into oblivion while stories and songs like those about the Edmund Fitzgerald have lived on decades later.

November 12th 1965 on a routine pleasure cruise. The ship had been making such runs to the Bahamas, Cuba, Bermuda, and the Caribbean since the 1950s, and could carry up to 400 passengers in her 186 cabins. At the time, round trip three- and four-day cruises from Miami to Nassau and back would cost passengers $54 a person. The Yarmouth Castle featured an on-deck swimming pool, casino style gambling, and air conditioning—one of the first liners to offer this luxurious feature. On this fateful voyage, the steamer had 376 passengers and 176 crew aboard, and was captained by a Greek, Byron Voutsinas.

“Deep within the Yarmouth Castle the fire begins to glow”

At approximately 1:00am on November 13th, the Yarmouth lay 120 miles due east of Miami on a moonlit night over the Great Bahama Bank. In Room #610, an overheated storage unit amidships, a mattress ignited, being stored too close to a light fixture and directly over the boiler room. The fire quickly spread and soon had engulfed the bridge and radio room of the ship, preventing any general alarm or  distress signal from being sent. Because of the ship’s air conditioning and ventilation system, the fire was able to quickly spread both fore and aft, and within 20 minutes the flames had reached the bow. 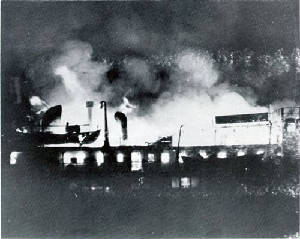 Captain Voutsinas and his crew struggled to address the situation as water hoses aboard ship “petered out,” sprinkler systems failed, flammable paint “peeled and cracked” along the decks, and lifeboats began to catch fire. Many crewmembers abandoned their posts and made efforts to launch the boats without loading passengers, many of which were trapped below decks or in the stern of the ship. One passenger, Lloyd Lamn of Pompano Beach, Florida, described the terror below decks as “smoke was rolling ahead of me and flames were creeping along the ceiling as fast as I could walk.” Crew members were nowhere to be found and passengers were fending for their own escape with no direction. Many broke through windows and jumped from the burning hulk in order to escape the flames. By the time another ship, the Finnpulp, arrived on the scene close to 2:00am, several lifeboats were afloat but very few passengers could be found in them—most escapees were crewmembers whom Captain John Lehto of the Finnpulp ordered back to the Yarmouth Castle to search for survivors. One of the lifeboats that approached the Finnpulp contained Captain Voutsinas, who had fled his ship with 15 other crewmen and only four passengers.

“She sees the Castle blazin’
And ’tis a terrible sight”

By 2:20am, another ship, the Bahama Star, arrived to assist in the rescue efforts, under the direction of Captain Carl Brown. Captain Brown brought his vessel within 100 yards of the burning ship to launch his lifeboats, and reported hearing a din of “screams and breaking glass” as passengers fought to escape from below decks. Largely due to the efforts of the Bahama Star and Finnpulp, 465 people were saved from the floating inferno by 4:00am. The ship burned for another two hours before it sank beneath the waves 13 miles off of Great Stirrup Cay. After survivors were counted, 85 passengers and 2 crewmembers were declared missing and presumed dead.  Three badly burned survivors died in the following days to bring the final death count to 90.

The Coast Guard immediately launched an investigation because of the shocking disparity between crew and passenger fatalities. Within five days of the incident, Captain Voutsinas and several other officers were found guilty of negligence to duty by a Marine Board of Investigation. Shortly thereafter, the Senate Commerce Committee drastically revamped fire safety regulations aboard vessels in the wake of the disaster.  Ironically, the Yarmouth Castle had passed a fire safety inspection three weeks before its sinking, but because of lax grandfather clauses, it was not held up to the same code as most ships in 1965. Being an older ship, christened in 1927, it had never been required to comply with notable upgrades to fire safety that were implemented after a similar cruising disaster aboard the Morro Castle  in 1934. Following the Yarmouth Castle incident, however, new fire code compliances were required on all ships, regardless of make or age.

Gordon Lightfoot wrote and recorded the Ballad of Yarmouth Castle live in Toronto in March of 1969 with little reception. It told the story of tragedy at the hands of cowardice and human blunder, rather than the more romantic tale of freighting sailors caught in the jaws of nature that would eventually earn him fame with his hit The Wreck of the Edmund Fitzgerald. The rugged crew of the Edmund Fitzgerald faced death with courageous lines of resignation like “fellas it’s been good to know ya,” in Lightfoot’s song. Meanwhile, in his Ballad of Yarmouth Castle “people are a-scramblin'” and “fallin’ in their tracks” in sheer panic. While Captain McSorley of the SS Edmund Fitzgerald went down with his ship, Lightfoot sings in the Ballad of Yarmouth Castle that “the captain in his lifeboat is a-leavin.” The song was considered such a flop by Lightfoot’s producers that it was never recorded in studio. Though as haunting as his later song of maritime tragedy, the song lacked the same appeal to mass audiences because it’s themes centered around cowardice, equipment failure, and panic, rather than the more romantic themes of the Edmund Fitzgerald’s story.

Though more people went down in the flames of the Yarmouth Castle than in the waves of Lake Superior, it is little remembered today. The popular appeal of the story and historic memory of the event have both faded into the oblivion of the unromantic. The same factors that influence the success and failure of a folk ballad, it would seem, can also affect society’s remembrance of it’s subject’s history. By no means a marketable success, the Ballad of Yarmouth Castle still serves a similar purpose to Lightfoot’s Wreck of the Edmund Fitzgerald in that it documents and retells a historical event through an artistic lens. While not academically historical, nor commercially successful, Lightfoot accurately captures and retells the tragedy of the Yarmouth Castle in this obscure folk ballad. History can sometimes be recorded in more than just books and articles; in this case, the memory of the Yarmouth Castle has been best preserved through Lightfoot’s lyrics.

Listen to Gordon Lightfoot’s Wreck of the Edmund Fitzgerald and Ballad of Yarmouth Castle to gain a perspective of both songs’ storytelling methods.

Garmatz , Edward Alexander. Safety of Life at Sea. Report on the Yarmouth Castle Disaster. Committee on Merchant Marine and Fisheries, U.S. House of Representatives. April 20, 1966. — Committed to the Committee of the Whole House on the State of the Union and ordered to be printed. [electronic resource]. n.p.: Washington, DC, 1966.

Bigart, Homer. “Captain of the Sunken Yarmouth Castle Defends His Own and Crew’s Actions in Fire off the Bahamas.” New York Times, Nov 17, 1965.

2 thoughts on “Gordon Lightfoot’s Other Shipwreck” 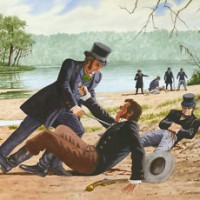